Barely six months after adopting a development oriented budget, contrary to the belt-tightening conditions of

IMPLICATIONS OF THE  TALIBAN MILITARY VICTORY IN AFGHANISTAN

The US-Taliban deal of February 2020, by giving legitimacy to the Taliban, without linking the withdrawal of the US forces to a political settlement in Afghanistan, had placed a question mark over the continuance of a democratic, republican system in the country. There were warnings of collapse of the Afghan forces in the face of an inevitable Taliban onslaught as the Americans departed. The only surprise was the speed of

Addressing his first press conference in Islamabad barely a month before presentation of the national budget for the financial year 2021-22 (July 2021-June 2022), the newly appointed Finance Minister, Shaukat Tarin said that the government had informed both IMF and World B

According to the IMF staff level report on the $6 billion Extended Fund Facility (EFF) for Pakistan, released in April, the Government of Pakistan has agreed to fulfil certain stringent conditions, including a steep increase in electricity tariff and imposition of a

Pakistan Democratic Movement on the brink of breakup

Pakistan Democratic Movement (PDM), an alliance of opposition parties, came to the brink of a breakup in March. The month began with Yusuf Raza Gilani, the former PPP Prime Minister and PDM c

Pakistan:
​
• Pakistan stays on FATF grey list
• IMF Extended Fund Facility to be revived
• Pakistan-India agree to cease firing along the LoC and all other sectors
• Pakistan-US
• Pakistan-Sri Lanka
• Pakistan-France

The Financial Action Task Force (FATF) decided to retain Pakistan on its grey list in its meeting held in the last week of February. The matt

The opposition alliance -Pakistan Democratic Movement (PDM)- was nowhere close to its declared goal of forcing the Imran Khan government out of power and confined itself largely to threatening rhetoric at its rallies. Speaking in the beginning

Pakistan Democratic Movement (PDM), an alliance of eleven opposition parties formed in September 2020 to, inter alia, press for the resignation of Prime Minister Imran Khan and an end to the role of army in politics,

In November 2019, Nawaz Sharif, who had remained incarcerated on corruption charges since December 2018, was allowed to leave Pakistan for medical treatment in London by the PTI government based on an order of the Lahore High Court. Though the initial court permission was for four weeks, extendable on med

With an eye on its forthcoming review at the Financial Action Task Force (FATF), Pakistan issued two notifications regarding application of UNSC prescribed sanctions on 88 leaders and members of various terror groups included in the UNSC 1267 list. Those mentioned in the notifications

According to a report of IMF, Pakistan’s growth during the current financial year (July 2020 to June 2021) is expected to be 1% as against minus 0.4% during the last financial year. In the budget passed by Parliament in June this year, th 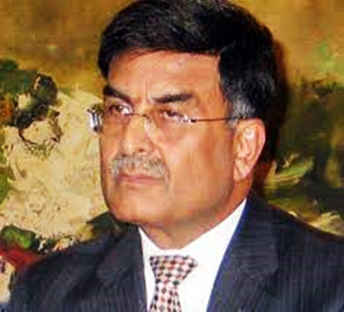 Mr. Sabharwal was High Commissioner of India to Pakistan from April 2009 to June 2013.

Mr. Sabharwal holds a post graduate degree in Political Science. He speaks English and French besides Hindi, Urdu and Punjabi.

Mr. Sabharwal has been an author at the Indian Express, The Hindu, India Today, The Tribune and The Wire.