Views: 37
Get Embed Code
After the announcement of the Union budget 2021-22, it would be important to track the goals which have been set out to achieve in the aftermath of a pandemic ridden economy.  The session aims to discuss whether the announced budget will be able to facilitate the promised transition to its pre-pandemic situation or has lost a crucial opportunity to do so. 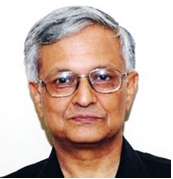 Dr. Shankar Acharya is one of India’s leading policy economists. As the longest-serving Chief Economic Adviser to the Government of India (1993-2001), he was deeply involved in the economic reforms of the 1990s and served three successive governments of the Congress, the United Front and the National Democratic Alliance. He also served as Member of the Securities and Exchange Board of India (1997-2000), Member, Twelfth Finance Commission (2004) and Member, National Security Advisory Board (2009-2013).

He was non-executive Chairman of Kotak Mahindra Bank for 12 years (2006-2018), one of India’s newest and most successful private commercial banks.  He also served as a member of the Reserve Bank of India’s Advisory Committee on Monetary Policy (2005-2016). Earlier, he worked in the World Bank (1971-1982 and 1990-1993), where he led the World Development Report team for 1979 and was Research Adviser to the Bank. He returned to India in 1982 as Senior Fellow, National Institute of Public Finance and Policy (NIPFP), before joining the Government as Economic Adviser, Ministry of Finance (1985-90).

Since 2001 he has been Honorary Professor at the Indian Council for Research on International Economic Relations (ICRIER). He has authored nine books (mostly on Indian economic issues and policies) and numerous scholarly articles in academic journals. He has also served on the governing bodies of a number of premier research institutions (including ICRIER, NIPFP, the National Council for Applied Economic Research,  the Institute for Social and Economic Change and the Administrative Staff College of India), and some charities and companies. Since 2003 he has been a regular columnist for the Business Standard, one of India’s leading financial dailies. 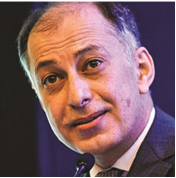 Naushad was an occasional Lecturer and Consulting Professor at Stanford University from 1987 to 2004 where he developed courses on Technology in Newly Industrializing Countries. He received his Bachelors, Masters and PhD Degrees from Stanford.

Naushad is on the Board of several educational institutions and public companies. Naushad has long been an active member of CII and was President of CII for 2016 – 17. 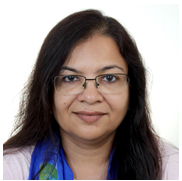 Bidisha Ganguly is Chief Economist at the Confederation of Indian Industry (CII), India’s premier industry institution. Heading a team of economists and specialists, she is responsible for the economic policy and research work of the Confederation. Her work includes strategic analysis of global and Indian macroeconomic developments and sectoral trends for industry members and interacting with a wide range of stakeholders such as Government, industry, and academia. She also develops policy recommendations on behalf of CII industry members across sectors such as infrastructure, manufacturing, financial sector, etc.

As Chief Economist, Bidisha represents industry perspectives and coordinates with various stakeholders such as multilateral institutions, global investors, the media and Parliamentarians. She has a strong grasp of economic policy issues across a wide spectrum of areas such as monetary and fiscal policy, development issues, banking and finance, and industrial policy, among others. She is responsible for the publication of a monthly journal Economy Matters which tracks economic developments and provides analysis of important policy issues by subject experts.

Bidisha has been member of the CII economics and research department for 15 years. Prior to CII, she was engaged in the financial sector where she spent 10 years working with various firms, including Kotak Securities, Indosuez W.I. Carr and BRICS Securities. 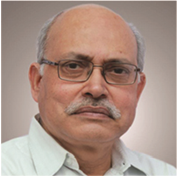 In his four-decade long career as a journalist, A.K. Bhattacharya has held leadership positions in several publications including Financial Express, The Economic Times, The Pioneer and Business Standard. At present, he is the editorial director at Business Standard. His fortnightly column – Raisina Hill – takes a close look at implications of policy making and government affairs. A winner of Shriram Lifetime Achievement Award for Excellence in Financial Journalism in 2017, he was the General Secretary of the Editors Guild of India from 2018 to 2020. He is the author of The Rise of Goliath- Twelve Disruptions That Changed India, published by Penguin in July 2019.