Almost a decade ago, India’s merchandise goods exports had crossed the $300 billion mark. That was in 2011-12. In the last ten years,  the performance of such exports has been worryingly stagnant, staying within a range of $262 billion (2015-16) on the lower side and $330 billion (2018-19) on the higher side. But this trend changed in 2021-22. Already, merchandise goods exports have crossed $400 billion and the expectation is that India’s total merchandise goods exports in 2021-22 would reach a record level of $410 billion. The sharp rise in exports has been possible because of a confluence of factors - a rise in global prices of commodities and an exchange rate depreciation for the rupee making Indian exports more competitive. The US recovery from the pandemic also helped Indian exports, with the US imports of merchandise goods from India going up by 47 per cent to over $73 billion. Exports to China slowed a little with a growth rate of just 7 per cent to about $20 billion in the first eleven months of 2021-22. While the US continued to be India’s number one exports market and its largest trading partner, China slipped to the third position in the list of India’s top export markets, making way for the United Arab Emirates, even as it continued to be India’s second biggest trading partner. Driving India’s exports were engineering goods and petroleum products, both categories having benefitted from a rise in prices.

The latest numbers on India’s foreign direct investment flows should be a cause for disappointment. Total FDI flows in the calendar year of 2021 declined by 15 per cent to $74 billion, compared to $87.6 billion in the previous calendar year.  The trend is a surprise. In the peak months of the Covid pandemic, India’s FDI inflows had seen a dramatic rise. But now with recovery from the pandemic taking place, there is a clear slowdown in the pace of FDI. A rise in FDI flows into the automobile industry during this period could hardly offset a dramatic fall in FDI flows into the computer (software and hardware) and construction (infrastructure activities) sectors. Another factor responsible for the slowdown in foreign direct investment could have been a decline in the merger and acquisition activities in the 2021 calendar year, compared to 2020. Even as India’s exports boomed in 2021-22, its foreign exchange receipts from FDI in the same period have slowed down.

Prospects for Indian economic growth have been hit hard by the ongoing geopolitical crisis arising out of Russia’s invasion of Ukraine. Prices of oil and other commodities have surged, adversely impacting global growth prospects. This will have obvious adverse implications for the Indian economy, warned the latest report on the state of the economy released by the Reserve Bank of India. “India’s macroeconomic fundamentals remain strong. Unfolding global developments nevertheless pose downside risks in terms of spill-overs,” the report explained. The signals were too obvious to be ignored: crude oil prices crossed the $100-a-barrel mark for the first time since 2014, after Russia invaded Ukraine. Global financial conditions are expected to tighten further with the Fed Reserve deciding to put on hold its bond-buying programme and its plan to raise the interest rates at least in six instalments during 2022. The RBI report’s warning pulled no punches: “At the receiving end are emerging market economies, already reeling under currency depreciation, massive sell-offs by foreign portfolio investors, and slowing growth.” Intensified inflation and financial instability risks have already led to a scaling down of growth projections for 2022-23, not just for India, but also for the major economies of the world.

Amidst fears that the surge in commodity prices and supply chain disruptions would combine to upset growth prospects for 2022-23, the meeting of the Monetary Policy Committee of the Reserve Bank of India from April 6 to 8 has gained in importance. The consensus view on the deliberations of the Committee is that the inflation forecast of about 4.5 per cent for 2022-23, made in the March meeting, would be revised upwards. Its monetary policy stance, so far accommodative, is also likely to change and become neutral. Aditi Nayar, chief economist of rating agency, ICRA,  believes that the RBI would maintain a dovish tone at the April meeting, leading to a change in the stance and even an increase in the reverse repo rate (at which banks lend to the central bank)). Endorsing the widely held view that inflation management would be a key challenge, chief economist of Bank of Baroda, Madan Sabnavis, says that growth could be impacted if inflationary expectations are allowed to remain unchecked.

Even before the financial year of 2022-23 got under way, the Centre’s fiscal deficit estimates for the year have come under stress. The Budget for 2022-23, presented on February 1, had projected a fiscal deficit of 6.4 per cent of gross domestic product or GDP. But the Modi government’s decision in March to extend the Pradhan Mantri Garib Kalyan Anna Yojana (PMGKAY) or the free food ration scheme till September 2022 would entail an additional food subsidy bill. Remember that the Budget had assumed the termination of the scheme on March 31 and had made no food subsidy provision for 2022-23. After the PMGKAY’s extension by six months, the total food subsidy bill for 2022-23 would go up to Rs 2.86 lakh crore, compared to the Budget Estimate of Rs 2.06 lakh crore. The impact of this could be neutralised to some extent if the government were to implement its plan to reduce its grain procurement by about 20 per cent, which would bring down the food subsidy bill by about Rs 60,000 crore. Nevertheless, there would be additional stress on the Budget’s fertiliser and the petroleum subsidy bill on account of the rise in fertiliser and crude oil prices. An assessment shows that the fiscal deficit of Rs 16.6 lakh crore or 6.4 per cent of GDP could easily spurt to Rs 17.4 lakh crore or 6.7 per cent of GDP. This is based on the assumption that the nominal size of the economy would grow by 11 per cent. The Budget’s revenue estimates were fairly conservative, but with the Russia-Ukraine conflict resulting in a surge in commodity inflation and supply chain disruptions, that revenue cushion may disappear. The big question is whether the government would seek recourse to any expenditure management initiatives to contain the deficit and whether that would unfortunately its capital expenditure outlays.

India’s strategy to pass on the impact of higher international crude oil prices to consumers has evoked a lot of interest. The approach to raising consumer prices has been staggered and spread over many days. There were estimates in February that a retail price increase of about Rs 9-14 per litre of petrol and diesel would become necessary to offset the refiner’s increased cost. The government had two choices: Allow the retail prices to go up or reduce the excise duty on these products. So far, the government has stayed away from tinkering with the excise duty rates. On retail prices, the initiatives have been interesting. On March 16, the oil refiners raised the price of aviation turbine fuel or ATF by 18 per cent to an all-time high level. The margin of the increase was the steepest. The ATF price in Mumbai rose to Rs 109 a litre. A few days later, the oil companies increased the price of diesel by Rs 25 a litre for bulk users. This meant that truck operating companies, the Indian Railways and other bulk users of the fuel had to buy diesel at a higher price. But this created a major distortion as bulk diesel users preferred to refuel at pump stations, instead of booking tankers from the oil companies. After a few days, the oil companies have begun to raise the retail prices for petrol and diesel at the pumps by a small margin almost on a daily basis. The increase in fuel prices has gone on for almost about a week and every day the extent of the overall increase through these staggered price adjustment has been about Rs 4 a litre. Clearly, more such price increases are on the anvil, unless the government steps in with a reduction in the excise duty.

Direct tax collections in 2021-22 have seen a big rise at about Rs 13.6 lakh crore. The chairman of the Central Board of Direct Taxes (CBDT), J B Mohapatra has attributed the rise to four key factors: Strengthening of the Indian economy, reforms undertaken by the government within the income tax (IT) department, reforms undertaken across departments and the technology induction in the IT department. However, overall tax collections have done well even on the indirect taxes front. Tax buoyancy, measured by the rise in tax collections in relation to the rise in the nominal size of the economy, has touched an all-time high of 3. 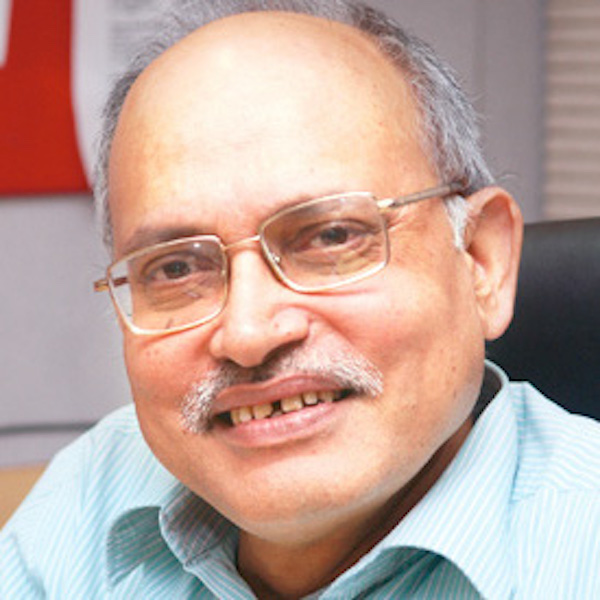