Amidst the diverse challenges confronting the world today, the inherent and essential strengths of India and Uzbekistan have not only accelerated, but diversified into different sectors. The bilateral ties now encompass a wider canvas of cooperation in areas of defence and security, trade and investment, energy, agriculture, education, tourism and science and technology and people to people ties. Both countries have agreed to collaborate on connectivity, energy partnerships and reinvigorate trade and commerce by implementing several agreements signed between the two countries; deepening diplomatic interaction at the regional level; participation in connectivity initiatives; and increasing strategic cooperation. Being at the crossroads of engagement between Central Asia and South Asia, both India and Uzbekistan are committed to tap the potential convergences and leverage opportunities that go beyond a synergy of visions to realise a synergy of actions.

Join us for the session with experts on the future prospects of India and Uzbekistan relations. 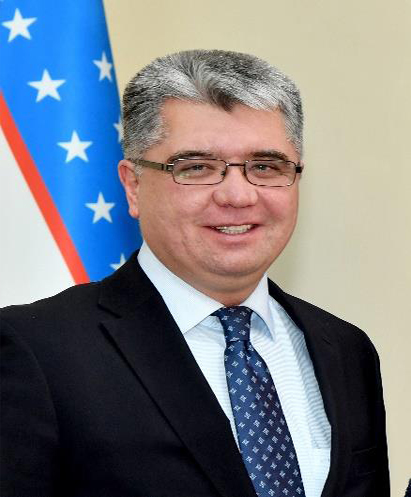 1995-1999 - Intern, Referent, Attaché, Department for Europe, Ministry of Foreign Affairs of the Republic of Uzbekistan

1999-2003 - Attaché, third secretary, Embassy of the Republic of Uzbekistan to the Federal Republic of Germany

2003-2007 - Head of Division, Department for Europe, Ministry of Foreign Affairs of the Republic of Uzbekistan

2007-2010 - Head of the Department for Europe and NATO, Ministry of Foreign Affairs of the Republic of Uzbekistan

2013-2016 - Head of the Department for UN and International Organizations, Ministry of Foreign Affairs of the Republic of Uzbekistan

2016-2018 - Head of the Department for Europe and NATO, Ministry of Foreign Affairs of the Republic of Uzbekistan

May 2018 - Director-General for bilateral cooperation, Ministry of Foreign Affairs of the Republic of Uzbekistan 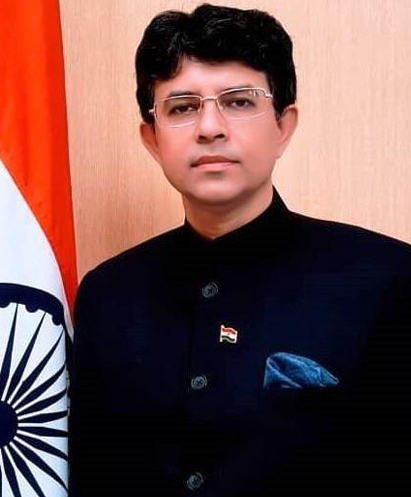 Manish Prabhat assumed charge as Ambassador of India to Uzbekistan on 24 September 2020. Prior to this, he headed the Eurasia Division in the Ministry of External Affairs, New Delhi.
Manish Prabhat is a career diplomat who has served in the Ministry of External Affairs, New Delhi and in India's Missions abroad in Moscow, Yerevan, Washington D.C., Milan and Paris. Ambassador Prabhat joined the Indian Foreign Service in 1996 and holds a Master Degree in History from the University of Delhi. He speaks Hindi, English and Russian. He is married and has two daughters. 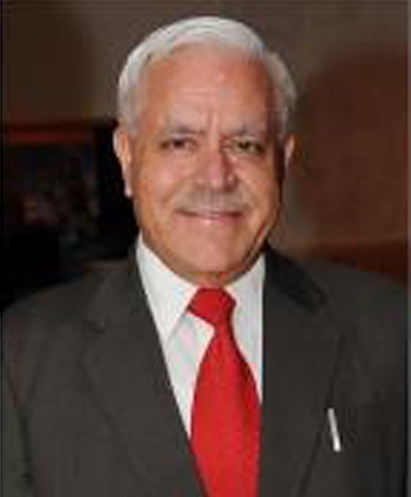 Ambassador Ashok Sajjanhar belongs to the Indian Foreign Service and has acquitted his responsibilities in the diplomatic service for 34 years.

He was Ambassador of India to Kazakhstan, Sweden and Latvia and has worked in senior diplomatic positions in Indian Embassies/Missions in Washington DC, Brussels, Moscow, Geneva, Tehran, Dhaka and Bangkok and also at Headquarters in India. He negotiated for India in the Uruguay Round of Multilateral Trade Negotiations. He was also a member of Indian team for negotiations for India-EU, India-ASEAN and India-Thailand Free Trade Agreements. He contributed significantly to strengthening strategic ties and promoting cultural cooperation between India and USA, EU, Russia and other countries.

Ambassador Sajjanhar has been decorated by Governments of Kazakhstan and Latvia with their National Awards and by Universal Peace Federation with Title of ''Ambassador of Peace.''
Currently Ambassador Sajjanhar is President of Institute of Global Studies, New Delhi. He writes, travels and speaks extensively on issues relating to international relations, foreign policy and themes of contemporary relevance and significance. He appears widely on TV panel discussions. Ambassador Sajjanhar is interested in reading, writing, music and travelling.