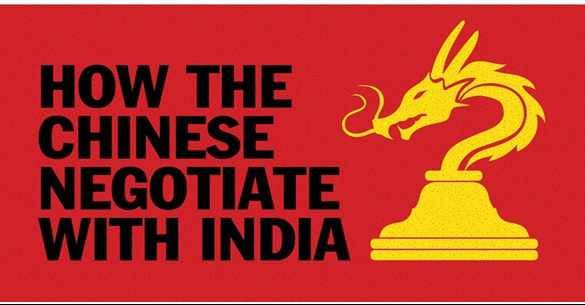 The India China relationship has had elements of cooperation, competition and conflict. The ongoing border tensions marks a decline in India-China ties. Since the coronavirus pandemic, the competitive and conflictual elements of this relationship have dominated the bilateral engagement. Moreover, the recent passing of the new land border law by China could impact the bilateral relationship further. In the prevailing geopolitical situation, both have been ambivalent about the other's success and concerned about other's ambitions.

Join us for a session with Mr. Vijay Gokhale to explore the changing geopolitical ties and the future of India- China relationship. 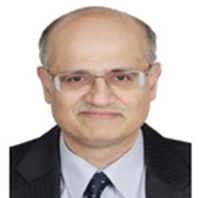 (1) Tiananmen Square – The Making of A Protest, A Diplomat Looks Back, HarperCollins, May 2021

(1) The Road from Galwan: The Future of India-China Relations, Carnegie India, March 2021

Others: Articles have been published in the New York Times (June 2020), The Berlin Pulse (November 2020), Foreign Policy (Dec 2020), Australian Strategic Policy Institute (Feb 2021), The Hindu, The Indian Express and the Times of India 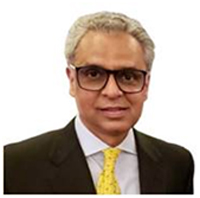 Syed Akbaruddin is the Dean of the Kautilya School of Public Policy in Hyderabad. He ended his diplomatic assignment as the Permanent Representative of India to the United Nations on 30th April 2020.

In a diplomatic career spanning more than three decades, he represented India's interests in important capacities, promoting friendly ties across the globe.

As the Official Spokesperson of India's Ministry of External Affairs during 2012-2015 he is credited with the effective use of social media tools to considerably expand public diplomacy outreach.

An experienced multilateral diplomat, prior to his assignment at the UN,  Mr. Akbaruddin, played a key role as the Chief Coordinator in the organization of the India-Africa Forum Summit held in October 2015 in New Delhi. It was the first time that all 54 African States that are members of the United Nations and the African Union participated in this milestone event in India-Africa ties. Mr. Akbaruddin also served as an international civil-servant at the International

Atomic Energy Agency (IAEA) in Vienna from 2006-2011 as Head of the External Relations and Policy Coordination Unit and the Special Assistant to the Director-General of the IAEA.
Mr. Akbaruddin has previously served at the Indian Mission to the United Nations as First Secretary (1995-98) during which he focused on UN Security Council Reform and Peace-Keeping. He was a member of the UN's apex body the Advisory Committee on Administrative & Budgetary Questions (ACABQ) during 1997-98.

Mr. Akbaruddin served as Counsellor at the Indian High Commission in Islamabad (1998-2000). During 2000-2004 he was the Consul General of India, Jeddah in the Kingdom of Saudi Arabia and prior to that was First Secretary in Riyadh and Second Secretary/Third Secretary in Cairo, Egypt. He is proficient in Arabic.

Since his retirement Mr. Akbaruddin has written extensively on issues of global governance, international order and multilateralism. He recent book 'India vs UK - The story of an unprecedented diplomatic victory' has been an instant success. He is married to Mrs. Padma Akbaruddin and they have two sons.